Have a Motorcycle? Must Know Things About Batteries

Home » Blog » Have a Motorcycle? Must Know Things About Batteries

You may love your bike and the speed it affords you, not to mention that it puts you in a class of your own, depending on the model you have. However, just like a car can leave you stranded on the roadside after the battery gives in, your motorcycle will do the same. So, do not wait until that fateful day comes. Learn a few basics about how that ride works and all that is involved to keep it working.

Creating electrical energy involves two mechanical devices; the DC generator and AC generator. DC generators powered motorcycles until 1960 because all they needed was direct current to run the few accessories such as taillight, horn, and headlight. However, as the accessories increased to include signals, DC generators lost their popularity to AC generators.

AC generators come in different types. A one-piece alternator houses everything it requires to produce and regulate current output in one unit. They are the most powerful, often found in large touring bikes, and hence create a lot of heat which lead to their external mounting. The rest of the bikes have three-piece alternator comprising of the rotor, alternator, and stator which are stand-alone units.

The rotor, a small wheel on the crankshaft, may have magnets or a ﬁeld coil. The stator is multiple soft iron poles whose number depends on the amount of output required. The rotor can be external such that the magnets move around the stator, or internal meaning magnets rotate in the stator. They work by creating an electromagnetic induction and since the magnets have a north-south orientation, they then create an alternating current by reversing the direct current.

Its main function is starting the bike and supplying the extra current needed when alternator output is less than current power. Such an incident can happen when you are riding on low speed or stuck in slow-moving traffic. Having too many accessories drain electrical current from the battery, and can cause the voltage to go so down that you will not be able to restart the bike. You can install an aftermarket charging system monitor to avoid such a problem. By acting as a buffer between electrical components and the charging system, the battery prevents damage of sensitive components.

Alternators produce lots of currents which unfortunately is alternating current yet the battery can only store direct current. For this reason, a rectiﬁer comes in to change the alternating current to direct current. Traditionally, bikes used a Zener diode that turned off when the voltage was under 14 volts and back on when it approached 15 volts, sending the extra current to the ground. With this modern rectiﬁer that incorporates the regulator, manufacturers have come up with a way to control the charging system effectively.

How to replace motorcycle battery

You need to access the battery, usually by lifting the seat and since its case is secured by a strap, you have to remove the strap. You can then disconnect battery leads making sure to remove the black or negative cable ﬁrst to avoid sparking or electrical shock. If your bike has a sensor, now is the time to remove it too for cleaning then replace it.

Once you have removed the battery, check to see if it has any signs of damage such as cracking. Be careful however not to touch leaking acid with bare hands. Even if it is not leaking, it may have acid buildup on the battery cables connection points so clean them to enhance connection with the new battery. You can ensure you keep the connection points clean by using special pads and gels, which also help to efﬁciently transmit the charge.

Place the new battery into the casing gently and connect the cables in reverse order, the red one ﬁrst and then the black one. Secure it with the strap then lower the seat. You should check to see that everything is in proper working condition to start the bike; if it hesitates, recheck the connection but if it still does not start, your battery may have inadequate charge or it could have other mechanical prob|ems. Make sure that you properly dispose of the old battery. There are recycling plants to which you can take the battery and some may even pay you.

Charging the battery the wrong way will kill it so the basic rule is never to charge at more than 1/10 of its rating in amp hours. For instance, a battery rated 20 amps should not be charged over 2 amps in 10 hours. That said, overcharging may: boil the electrolyte, cause the battery to overheat and plates to buckle and in the worst case scenario, your battery could explode if it releases too much hydrogen gas and you happen to be smoking nearby.

The kind of charger you use will also play a hand in how well your charge your battery, so if you are using a large battery charger, it will overcharge your battery. However, if that is all you can get, you can insert a test light between your battery and the positive side of the charger. It should draw about 2.25 amps and you can conﬁrm by measuring the ﬂow with an amp meter. Any lead acid battery should always be in a fully charged condition. Therefore, to maintain its full capacity you can charge it monthly. Even when it is not in use, the battery will self-discharge therefore getting a maintenance charger will

be instrumental. Also, you should note that despite the belief that quick charging is better than slow charging, it is a fact that only applies to ODYSSEY batteries. Quick charging such batteries helps to make sure that the batteries remain fully charged for a long time. On other batteries, quick charging will reduce their lifespan.

Among the many things you can do to ensure that your battery serves you for a long time, top of the list is cleanliness. Therefore if you happen to ride down dusty roads, maintain cleanliness by regularly wiping the case down with a mixture of water and baking soda in a ratio of 1 pint to three tablespoons consecutively. A dirty battery may short itself across terminals and self-discharge in a few hours. You can also help to protect the terminals by coating them with Vaseline; it not only keeps them clean but dry too.

Additionally, the electrolyte levels of wet cell batteries have to be at the right levels for the battery to function properly. Therefore check these levels monthly and if they are down to the add line, you should add distilled water, and never tap water. Also, do not overﬁll thinking it will save you the constant reﬁlling; overﬁlling causes acid spills which will damage your battery.

Also, safety ﬁrst. Therefore, whenever you will be checking on your battery, wear protective clothing since the acid is highly corrosive. When tightening loose parts, do not short terminals by touching with metal objects such as watches or metallic tools. In case you spill any acid, rinse it off immediately with lots of fresh water. The longer it stays on, the more it releases hydrogen gas which will explode when it comes into contact with a spark.

Finally, remember to always keep your bike under shade since high temperature reduces the lifespan of your battery signiﬁcant. However, that does not mean extremely low temperatures because then it will be harder to crank, forcing the battery to work extra hard. 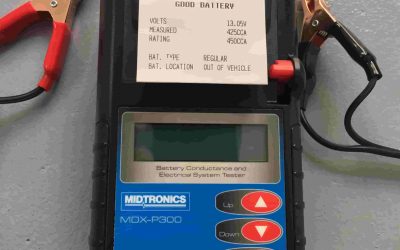 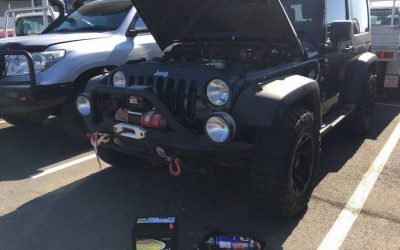